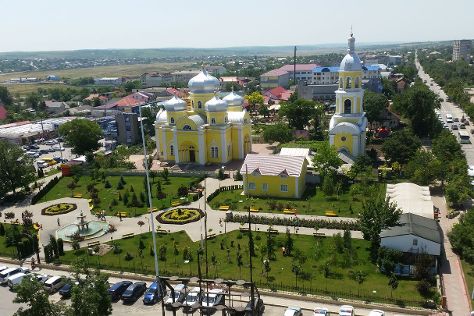 Comrat is known for historic sites and museums. Your plan includes some of its best attractions: take in the architecture and atmosphere at Sankt Ioan Botezator, appreciate the history behind The Tank monument, and examine the collection at Comrat Museum.

To find other places to visit, where to stay, traveler tips, and tourist information, read Comrat driving holiday tool.

Oslo, Norway to Comrat is an approximately 11-hour combination of flight and car. You can also drive. Due to the time zone difference, you'll lose 1 hour traveling from Oslo to Comrat. On the 6th (Thu), you'll travel to Tiraspol.
more less

©
Tiraspol is internationally recognised as the second largest city in Moldova, but is effectively the capital and administrative centre of the unrecognised Pridnestrovian Moldavian Republic (Transnistria). Take a break from Tiraspol with a short trip to Et Сetera in Crocmaz, about 1h 20 min away. There's lots more to do: contemplate the long history of Bendery Fortress, take in the spiritual surroundings of Noul Neamt Monastery, appreciate the history behind The Suvorov Monument, and ponder the world of politics at House of Soviets.

Make your Tiraspol itinerary with Inspirock to find out what to see and where to go.

Drive from Comrat to Tiraspol in 2.5 hours. Alternatively, you can take a bus. On the 11th (Tue), you're off to Tipova.
more less 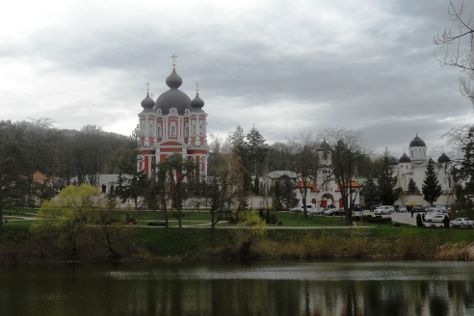 ©
Get out of town with these interesting Tipova side-trips: Old Orhei Archeological Complex (in Trebujeni) and Curchi Monastery (in Orhei).

For where to stay, maps, other places to visit, and tourist information, you can read our Tipova travel route planner.

You can drive from Tiraspol to Tipova in 2.5 hours. In September, daytime highs in Tipova are 27°C, while nighttime lows are 19°C. On the 15th (Sat), you're off to Bulboaca.
more less

Things to do in Tipova

To see more things to do, traveler tips, ratings, and other tourist information, refer to the Bulboaca online trip maker.

Drive from Tipova to Bulboaca in 3.5 hours. You'll set off for Soroca on the 19th (Wed).
more less
Find places to stay Sep 15 — 19:
Hotels on TripAdvisor
Homes on Airbnb

©
Soroca is a city and municipality in Moldova, situated on the Dniester river about 160 km north of Chișinău. Explore the numerous day-trip ideas around Soroca: Balti (Vasile Alecsandri Square, Independence Square, &more), Rudi Monastery (in Rudi) and Muzeul Etnografic Sangerei (in Singerei). Spend the 22nd (Sat) exploring nature at Padurea Domneasca. The adventure continues: delve into the distant past at Soroca Fortress, visit Gypsy Hill, and pause for some photo ops at The Candle of Gratitude Monument.

To see where to stay, other places to visit, reviews, and other tourist information, read our Soroca trip builder site.

Traveling by car from Bulboaca to Soroca takes 2 hours. September in Soroca sees daily highs of 27°C and lows of 19°C at night. You'll set off for Chisinau on the 23rd (Sun).
more less 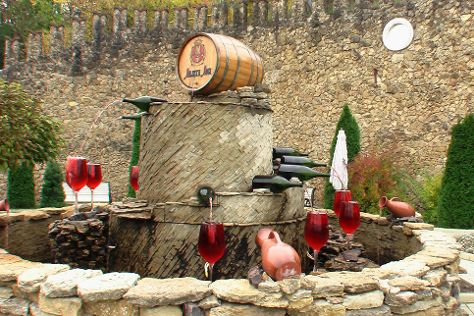 ©
Chișinău Etymology and namesThe origin of the city's name is unclear, but in one version, the name comes from the archaic Romanian word chișla (meaning "spring", "source of water") and nouă ("new"), because it was built around a small spring, at the corner of Pușkin and Albișoara streets.The other version, formulated by Ștefan Ciobanu, Romanian historian and academician, holds that the name was formed the same way as the name of Chișineu (alternative spelling: Chișinău) in Western Romania, near the border with Hungary. Explore the numerous day-trip ideas around Chisinau: Asconi Winery (in Puhoi) and Capriana Monastery (in Capriana). The adventure continues: walk around Stefan cel Mare Park, admire the natural beauty at Valea Morilor, admire the striking features of Triumphal Arch, and take in the architecture and atmosphere at The Metropolitan Cathedral “Nativity of the Lord”.

For traveler tips, photos, where to stay, and other tourist information, go to the Chisinau driving holiday planner.